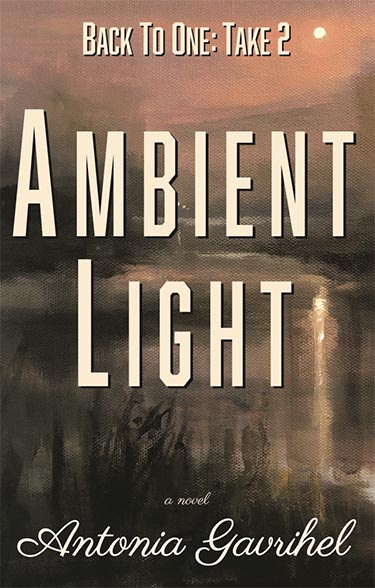 Back to One: Take 2
Ambient Light

2nd book in the Back to One series

Catherine Leigh and Kyle Weston appear to have taken the leap from perfect friendship to an everlasting love. Unfortunately, in a world of fame, happiness can sometimes turn dangerous.

In Ambient Light, the second take in Antonia Gavrihel’s unique and spellbinding Back to One series, Cate’s concern is how to balance Hollywood stardom while striving to maintain an ordinary life for their children. Turns out Kyle’s biggest worry is protecting Cate.

Perhaps the overload of gossip and scrutiny has gone too far, fueling the public’s interest in more invasive and hazardous ways. 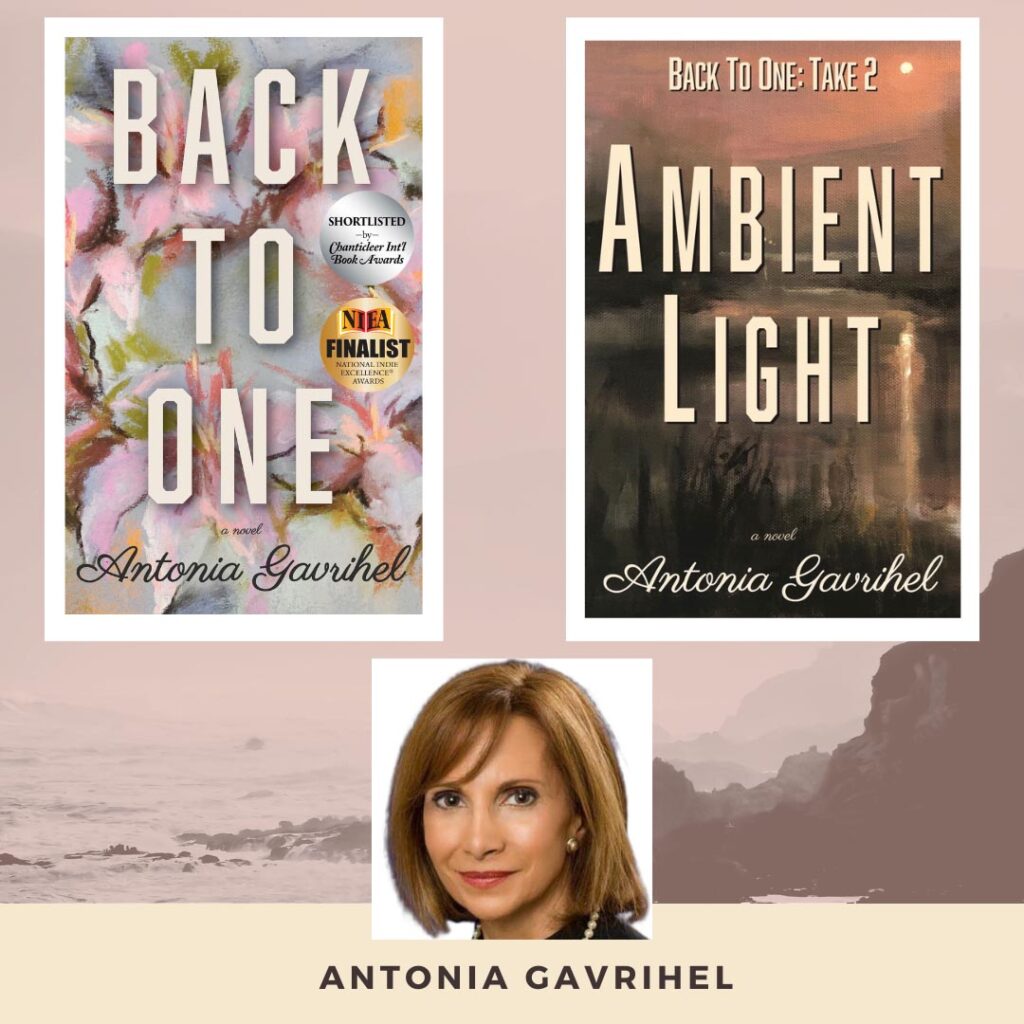 Back To One Series

Also available: The first novel in the Back to One Series!

Catherine Leigh and Kyle Weston have the perfect friendship — deep, lasting, and platonic. Friendship without sex? The world of gossip doesn’t buy it. Catherine is beautiful, trusting, and married. Kyle is a single, charming, handsome movie star with a tabloid reputation. Their bond may be magical and honest, but will the boundaries they have created to protect their friendship ultimately destroy it?

Antonia Gavrihel’s breakout novel touches the heart and imagination. It is a unique journey of friendship and love.

BACK TO ONE: Take 2 Ambient Light

Series: Back to one

Oakley followed Cate to the beach, his tail no longer wagging.

The ocean was violent, deafening waves fueled by an unexpected storm. Numb and exhausted, Cate moved closer to the water’s edge, entranced by the power of the swell … her mind matching its fury.

Cate’s breathing turned shallow and fast, her pain becoming a force within itself, bursting out with uncontrollable anger. She screamed at the sea, the sky, the helplessness. Falling to her knees, she barely noticed the punishment of the surging tide. And still, she screamed.

Oakley crept up behind her, tail between his legs, body drenched, mind uncertain … his instinct to protect her.

Born to an entertainment family — her father a comedian and actor, her mother a big band singer — Antonia was placed in front of a camera at an early age. She loved acting yet dreamed of being a writer. Words, along with the visuals and stories they form, became her passion.

The award-winning novel, Back to One, was created when she was raising a young son, building a career, and managing the everyday hurdles of life. After settling her son to sleep after work, she would write into the late hours of the night — for an entire year. Then after a twenty-five-year search for a publishing house to bring the novel to readers everywhere came a serendipitous event.

Back to One: Take 2 Ambient Light came into being as Antonia updated Back to One’s setting from 1995 to 2005. Ambient Light reveals a deepening of Cate and Kyle’s friendship, flourishing careers and all the challenges associated with maintaining a normal life among the extraordinary. Inspired by the engaging characters, Antonia was motivated to continue their journey after turning the final page of the first novel.

Her third novel in the Back to One series, Cinéma Vérité, uncovers the darker side of celebrity. will be released in the Summer of 2023. 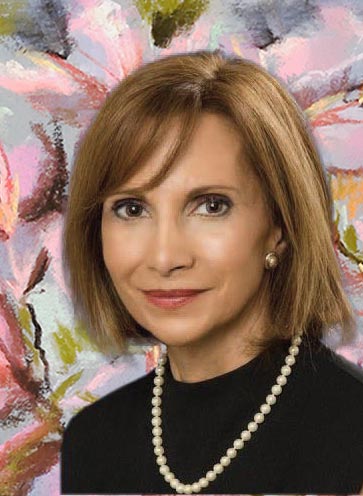